Leeward Islands Air Transport Services was founded by the late Kittician (now Sir) Frank Delisle in Montserrat on 20 October 1956 and began flying with a single Piper Apache operating between Antigua and Montserrat. With the acquisition in 1957 of 75 percent of the airline by the larger, better known BWIA, LIAT was able to expand to other Caribbean destinations and to obtain new aircraft types, such as the Beechcraft Bonanza and de Havilland Heron. Hawker Siddeley HS 748s came in 1965, due to the airline's decision to phase out the Herons. In 1968, LIAT was operating some flights via an agreement with Eastern Air Lines to provide passenger feed at this U.S. based air carrier's hub located in San Juan, Puerto Rico and was flying "Eastern Partner" service between San Juan and Antigua, St. Kitts and St. Maarten.[6]
LIAT was not always an all propeller aircraft airline. After Court Line obtained 75 percent of the airline in 1971, LIAT entered the jet age, using stretched British Aircraft Corporation BAC One-Eleven series 500 twin jets for their longer Caribbean routes. Smaller Britten-Norman Islander STOL (short take-off and landing) twin prop aircraft were used during this time as well. LIAT operated the stretched version of the British-manufactured BAC One-Eleven, being the series 500 model, which was comparable to McDonnell Douglas DC-9-30 being flown during the late 1960s and early 1970s by a competing airline, Puerto Rico-based Caribair (Puerto Rico). The BAC One-Eleven jets were supplied to LIAT by U.K. based Court Line.

The 1980s were a decade of growth for the airline. By 1986, many daily flights were operated to Luis Muñoz Marín International Airport in San Juan, Puerto Rico, as well as other regions that the airline had never flown to. Faster de Havilland Canada DHC-8-100 Dash 8 turboprops were acquired in order to reduce flight times systemwide.

In November 1995, LIAT was partially privatized, to save it from bankruptcy once again. LIAT also began operating the larger 50-seater de Havilland Canada DHC-8–300 Dash 8 turboprop.

In June 2013, LIAT received its first ATR 72 series 600 aircraft (registration V2-LIA). The airline completed its transition from the Dash 8 fleet to an all ATR fleet in 2016. 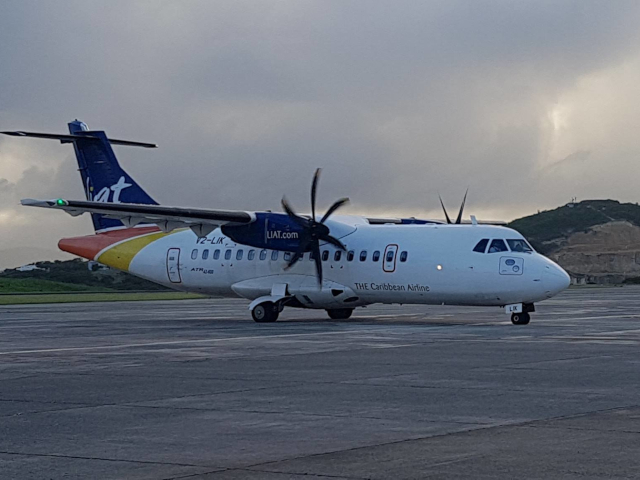 The ATR 42 is a regional airliner produced by ATR, with final assembly in Toulouse, France. On 4 November 1981, the aircraft was launched with ATR, as a joint venture between French Aérospatiale (now Airbus) and Aeritalia (now Leonardo S.p.A.). 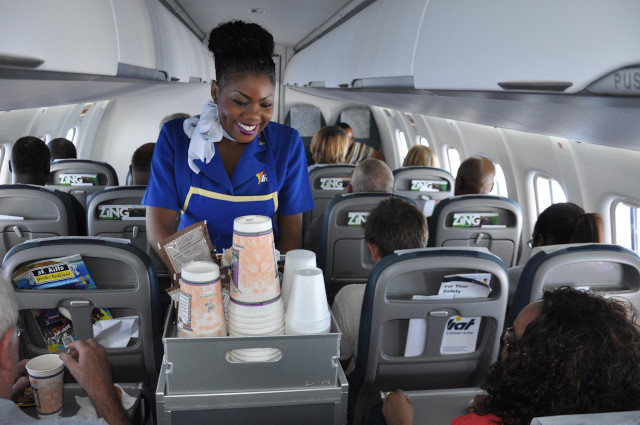 Get To Know LIAT